Hello there! My name is Simon Break and I am THE EUROPEAN.

After a long silence due to the fact that I have to make money so I can eat and not be homeless, I’m back with PHASE 2 of this great project you all love with such fierce devotion! The exciting elements of Phase 2 are:

In the next few days I’m going to be posting more information about all these exciting topics, so make sure to add my site to your favourites! Or your RSS reader! And follow me on twitter! Oh, and buy my records! 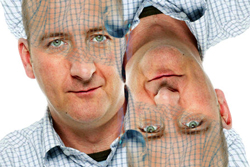 This man can make you famous

THE EUROPEAN will be performing a live “session” on this Thursday’s edition of the Marc Riley Show. The show, and session, begin at 19:00 BST (18:00 GMT).

In addition, a cover version of Could You Be Loved by Bob Marley will be recorded for later broadcast on the Gideon Coe Show.

Incidentally, the production team at 6music favour the font Comic Sans in their correspondence.

[UPDATE: The Bob Marley cover is no longer required by the BBC. We apologise for any disappointment this may have caused you and are fully committed to bringing this important work to the public as soon as possible through other channels] 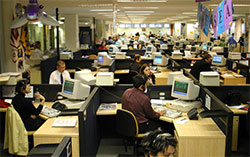 We would like to apologise for the recent hiatus in posting here at iamtheeuropean.com. This is due to time pressures brought about by our current aggressive program of expansion. Recent developments include, but are not limited to:

Please be assured that more detailed posts on these and other topics will be forthcoming shortly. 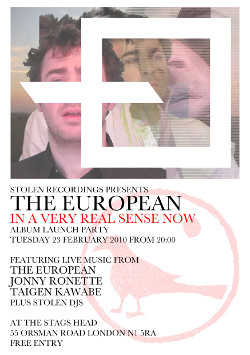 Everyone will be there

We are pleased to announce that the official launch of In A Very Real Sense Now will be held on Tuesday 23rd February 2010 (not Monday as you may have heard previously) from 20:00 at The Stags Head. Support will be provided by Taigen Kawabe and Jonny Ronette. Entry will be free.

Here is a gmaps link showing the location of the venue. You can get the 149 or 242 buses from Liverpool Street Station, or the 243 bus from Old Street Station.

Also, the album is available for pre-order here. Alternatively, copies will be available (including a very special hand-screened CD-R edition) at a one-time-only discounted price at the launch.

The means of production

Phase One is approaching completion.

Firstly, the album launch party has been scheduled for 22nd February (Edit: rescheduled to 23rd February) at The Stags Head in Hoxton, London. Support acts are being arranged and will be announced here as soon as they are confirmed.

Secondly, the physical records are being manufactured this week. This is a complex process using advanced mastering techniques and bleeding-edge print technology to bring you, the consumer, a product of unparalleled quality expressing the strong brand values of THE EUROPEAN. 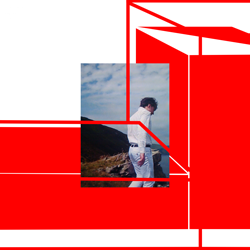 The cover of the album

Announcing the release of In A Very Real Sense Now, the debut album by THE EUROPEAN.

Released by Stolen Recordings Ltd on 1st March 2010, this electronic pop epic has taken five years to reach the point where it is ready to be unleashed upon a public utterly unaware that the first true posthistoric supergroup has finally arrived.

In A Very Real Sense Now rejects the staple pop subject matter of romance and facile self-actualisation in favour of themes of compromise, frustration, psychosexual angst and cultural confusion.

The album will be released in the following formats:

Three songs from the album

Purchase information will be posted to this site as soon as it is available.

THE EUROPEAN is pleased to announce that last week, after a long period of careful negotiation, a bit like a good game of chess or D&D, a recording contract was signed with Stolen Recordings Ltd of London, England.

We will be releasing an album in February or so, called In A Very Real Sense Now which will be preceded by a single called The Settler. We are totally 100% convinced that you are going to love it.

Energies and agendas overlap and intertwine

This blog will be updated regularly with posts on a variety of topics, from the lofty to the mundane. Announcements, inspirational texts, bad jokes, technical documents, internet-based artworks and more. Of course there will also be free mp3s, news about concerts, image galleries and everything you could possibly want to know about the most significant pop group of the posthistoric era.

Thank you for reading and listening. Be assured that we are 100% committed to the success of this project. We will not let you down.

My name is Simon Break and I am THE EUROPEAN.